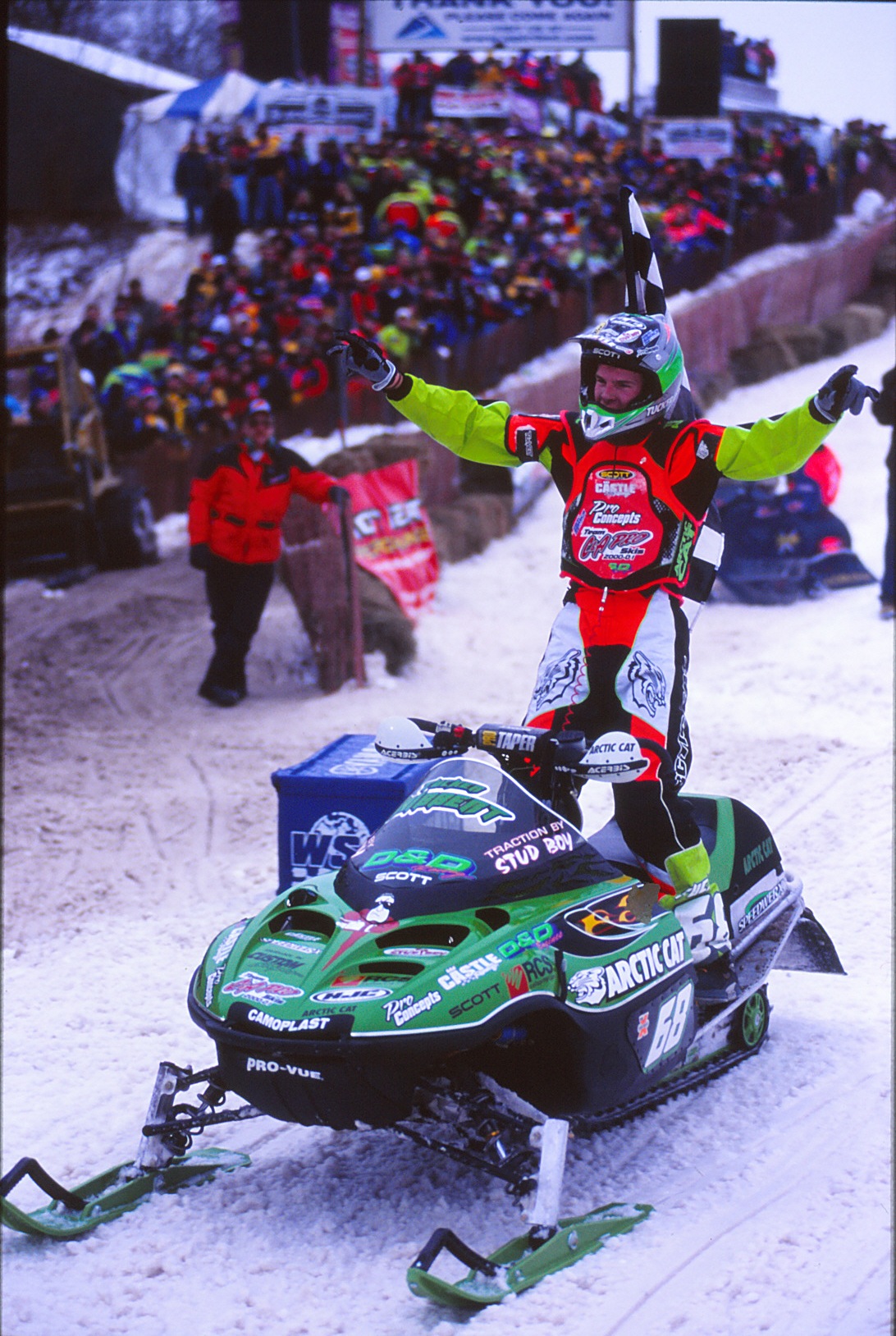 The summer of 2000, he earned his AMA Pro Motocross license and
entered his first national event. That winter, the Pro rookie won the National
Snocross Pro Open Championship and finished second in Pro Stock. He was
leading the X Games Snocross final again but crashed due to a mechanical
failure. The following season, he won both snocross national championships and
the silver medal at X Games.