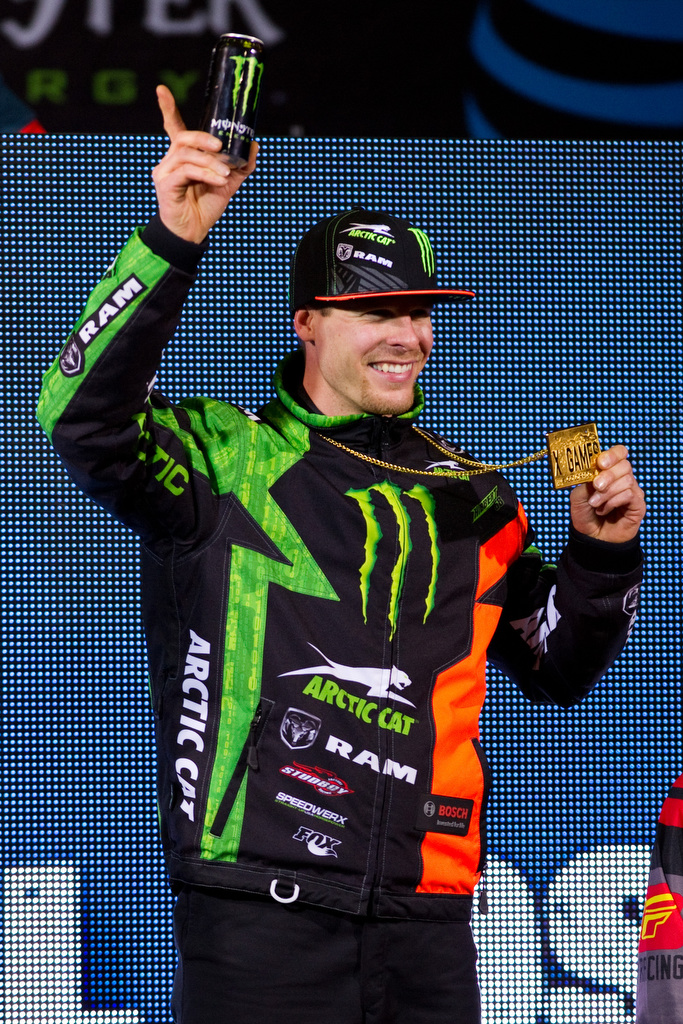 Hibbert immediately adapted to the 45-second track lined with icy turns and technical jumps turning the fastest lap in practice. With far inside start line picks in his qualifying round and the final, he pulled strong holeshots to get through the tight right first turn clean before heading into the uphill rhythm section.

In the 20-lap, 10-rider final, Hibbert focused on riding smart and smooth as the track began to break down and develop ice edges. He was never challenged for the lead to take the win by over 10 seconds.

With this gold medal, Hibbert is the first X Games winter athlete to win nine consecutive gold medals and now holds the most medals in a single discipline.

Next up for Hibbert is the fifth stop of the ISOC National Snocross tour in New York where he’s competing for his tenth Pro National Championship.

“I feel honored to win nine golds in-a-row. It’s an awesome experience to come to X Games, compete and have the success we [the team] have had. It feels great. All the hard work is paying off and it’s a lot of fun.”

“I didn’t have any expectations for the track. Every year it’s different so I don’t try to anticipate what it’s going to be. It’s definitely an advantage to be able to adapt and ride any kind of track and do it well. I think that’s a key to my success. With my experience and all the different conditions I’ve raced in, it’s an advantage for me.”

“We got in some really solid testing before X Games. Steve from Speedwerx worked hard with us to get our clutching setup for the holeshot and it showed.”

“I don’t have a master plan or big goal of winning a certain amount of medals. I want to keep racing as long as I’m competitive and am still enjoying it.”