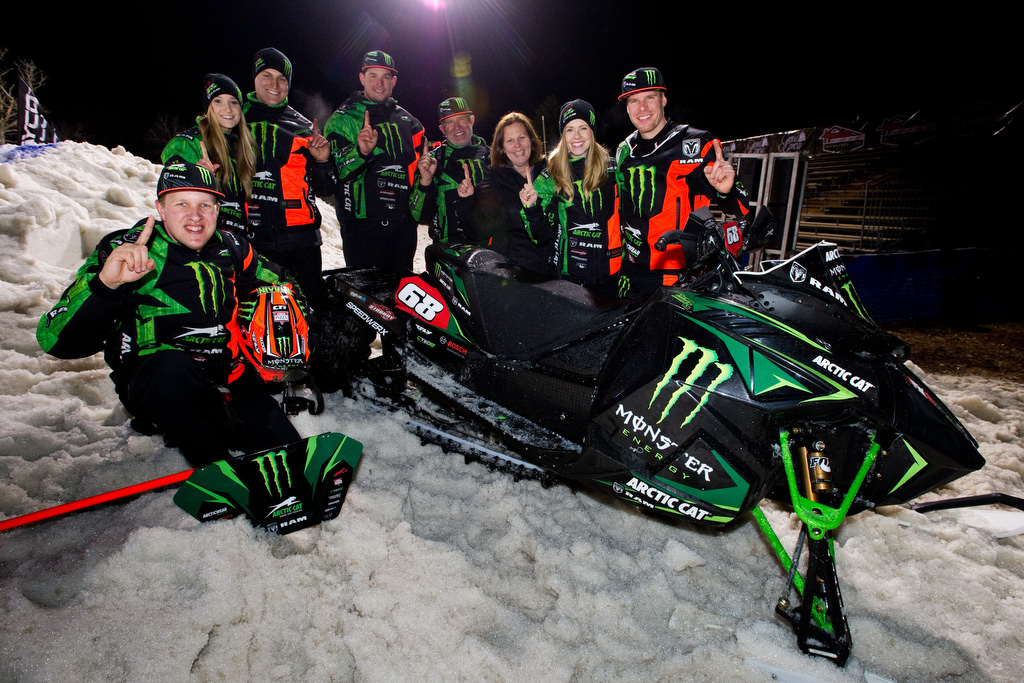 Hibbert’s number one goal of the weekend was to wrap up the championship. Taking first in both his qualifying rounds Friday night, he only needed to finish ahead of no. 11 Tim Tremblay in that night’s final to clinch the title. With a third-place finish, he secured enough points to officially be crowned the 2015-2016 Pro Open Champion.

Saturday night, Hibbert had another feat in front of him – take his 200th career start and win his 120th Pro National race. With the early lead in the final, he rode a dominating race to add another milestone achievement to his career.

Sunday’s event started on the right track with Hibbert going 1-1 in qualifying. Odds were against him having to line-up ninth on the start line due to ISOC’s inverted final event start procedure. After a bad start, he collided with another rider mid-air on the first downhill. Uninjured and determined to finish strong, he remounted and put on a charge. With two laps to go in the 12-lap, 15-rider race, he made the pass for fourth place then, suddenly, suffered a mechanical issue that prevented him from finishing the race.

On his Lake Geneva results: “Lake Geneva was an up and down weekend for me. I was super happy to win the championship Friday night but disappointed with my third place finish. I was excited to rebound and win Saturday. I felt really good through practice and qualifying on Sunday and motived to get the win in the final. Getting tangled on the first lap and being so far behind was tough but I put on a really hard charge. Unfortunately, I wasn’t able to finish the race. It’s a bittersweet way to end the season.”

On winning the Championship: “Winning my 10th championship is awesome. Obviously, that’s the main goal for the season. I don’t know if I can say it’s more or less rewarding than the other championships but we (the team) faced a new challenge this year with ISOC’s inverted start rule. I believe it played a big factor in some of the races, which was frustrating. Knowing we put our heads down, not letting it affect our program and to still come out on top is really rewarding. Winning the championship with such a commanding points lead says a lot about our team.”

On what’s next: “My main focus right now is to be as prepared as I can for the next snocross season. We’re going to be working hard at the shop to dig into the areas we know we can improve on. This summer, I’m excited to do some mountain bike and motocross racing. I don’t have a solid plan but hope to get it figured out soon.”