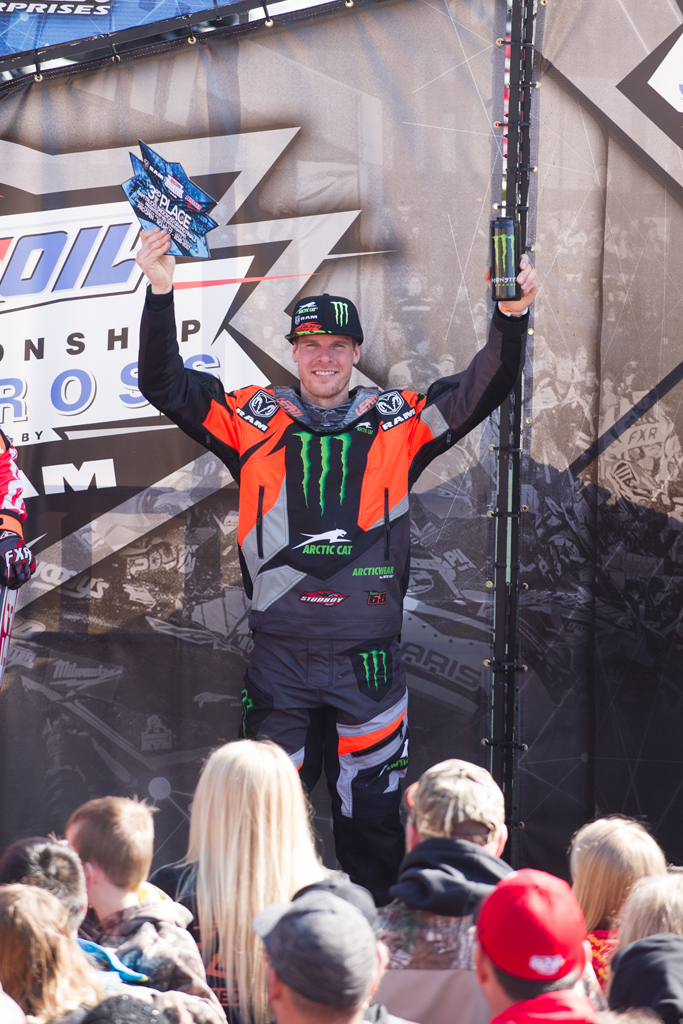 Hibbert’s victory in front of a packed crowd Saturday night was the highlight of his weekend. With a second place start in the 14-rider, 10-lap final, he was in good position but, ultimately, strategy played a major factor in the race. On lap six, the leader took the joker lane (an extended section of the track each rider was required to take once during the race), opening the door for Hibbert to take control of the race. He took full advantage of the opportunity, laying down fast lap after fast lap to pull a comfortable lead over second place. He waited until the final lap to take the joker lane and secured the victory.

Recapping Hibbert’s 17th Pro National season, he tallied a series-high seven Pro Open final wins, 11 podiums and 14 top-five finishes. In the process, he added another career milestone to his record by winning his 125th Pro National race at the Eastern National in New York. On his results at Lake Geneva:

“Winning the final Saturday night was awesome and I feel like I rode really well. With a crash Friday night and a third Sunday, I’m a little disappointed. I feel like my speed didn’t match my results.”

Overall thoughts on the season:

“It feels good to have won the most races. I felt really strong most of the season. I had some low points but, overall, it was a pretty successful year. It’s awesome to finish the season healthy and strong.”