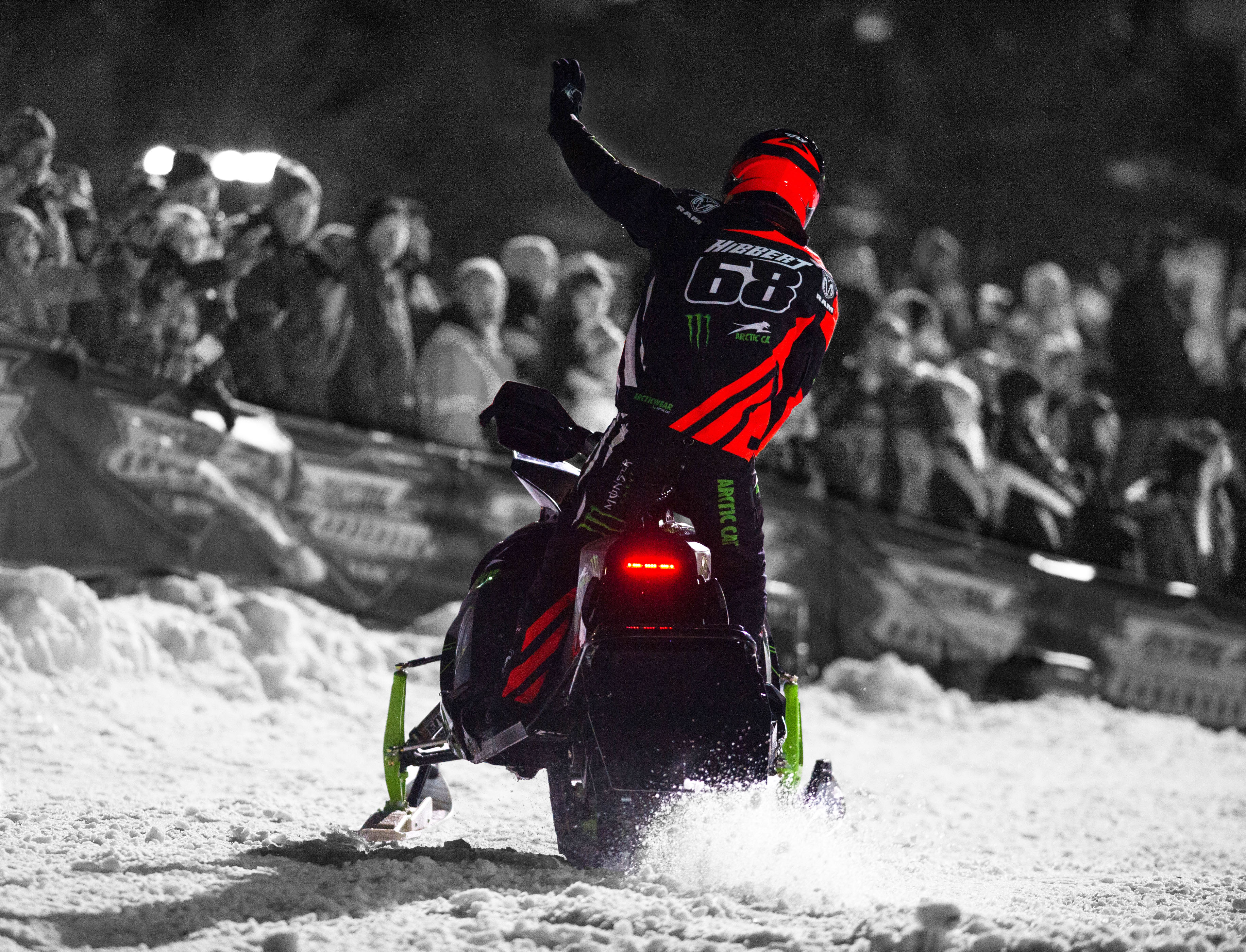 May 16, 2018 – After 25 years of chasing checkered flags in snowmobile competition, Tucker Hibbert today announced that he’s reached the finish line of his remarkable racing career. The 33-year-old from Pelican Rapids, Minnesota, is now officially retired as a professional snocross racer.

“It’s time for me to retire from professional snocross racing,” Hibbert said. “It’s been a great career and now is the right time to move on. I’m healthy and happy. I’ve accomplished my goals, which were to do my best and enjoy the process of working hard with the people around me. We just finished a great season where I felt as good as I ever have and won my 11th Championship.”

Reflecting on his career, he added, “I’ve dedicated a huge part of my life to racing snowmobiles. I’m thankful for the lessons and experiences that racing provided me over the years. It’s been an incredible ride.”

Hibbert leaves the sport as the most decorated racer in snocross history. He began racing snowmobiles as an amateur at age 8, won his first X Games gold medal at 15 and turned professional at age 16. In his 18 years as a professional snocross racer, Hibbert won 138 of the 235 Pro National events he entered in addition to 11 Pro Championship titles, 10 X Games gold medals and two World Championship titles.

Hibbert’s storied career is a testament to the talent, determination and hard work of his own as well as those who were integral to Team 68 over the years.

“Working hard, as a team, has been the most rewarding part of racing,” Hibbert said. “There are so many amazing people who have played a role in my career. I’ve been fortunate to work with some extremely talented, dedicated and all-around good people. I’ll cherish the memories we’ve all made together for the rest of my life.”

The team’s success was also the result of the support given by key sponsors. “I’m proud of the relationships we’ve built with the brands that have supported me,” he said. “Many of them were career long sponsors and that’s something I’m really thankful for.”

Hibbert also credits his fans, saying: “I’m blessed to have met a lot of great people through racing. Their energy and excitement helped push me to do my best. I truly thank all of them for their passion and support.”

Hibbert’s retirement from professional snocross is effective immediately. He is currently working on event opportunities at which he can personally thank his fans, sponsors and the snowmobile racing community for their contribution to his career.

* For the 2018 season, the Pro Open class was renamed as Pro to align with race sled technical changes.

** 2011 was the final year the Pro Stock class was contested.