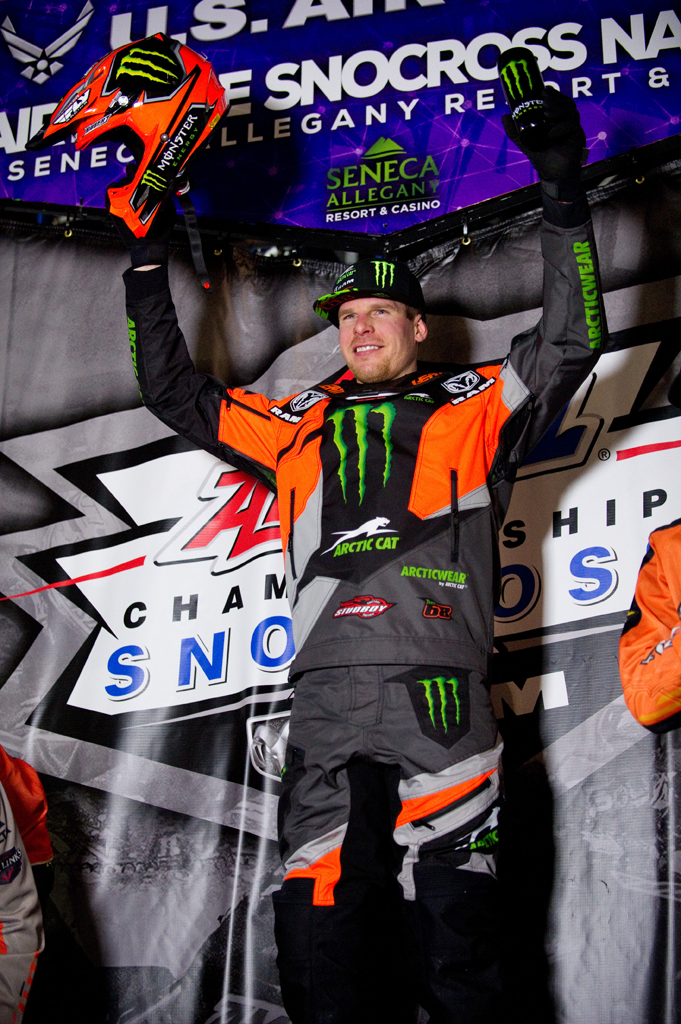 Friday night at the Eastern National, win number 125 eluded Hibbert after he finished a hard-fought second place. Confident in his performance, he entered Saturday determined to get to the top step of the podium.

With 4-2 finishes in his qualifying rounds Saturday night, Hibbert had a seventh start line pick for the 15-rider race. Positioned in the middle of the front row, he launched off the line and into the early lead. Immediately pulling a gap on the rest of the field, he rode 22 laps smooth and in control while dodging ice holes, snow dust and lapped riders. When the checkers flew, he had lapped up to sixth and held a 10-second lead over second place.

The ISOC National Snocross tour now takes a two-weekend break before hitting the final three events of the season. For more information on Hibbert and his race schedule, visit tucker-hibbert.com.

On winning his 125th Pro National race: “It feels awesome being able to get my 125th win this weekend. We (the team) have been thinking about 125 since we got 100. It’s crazy to have it actually happen now. That’s a lot of races and a lot of great memories.”

On his performance at the Eastern National: “I’m really happy with my finishes in New York getting a first and second in the mains. Unfortunately, it’s bittersweet because I only won one of my qualifiers and so much points are given in the qualifying rounds. Moving forward, I need to really focus on winning my qualifying races to be able to get back on top of the points championship.”