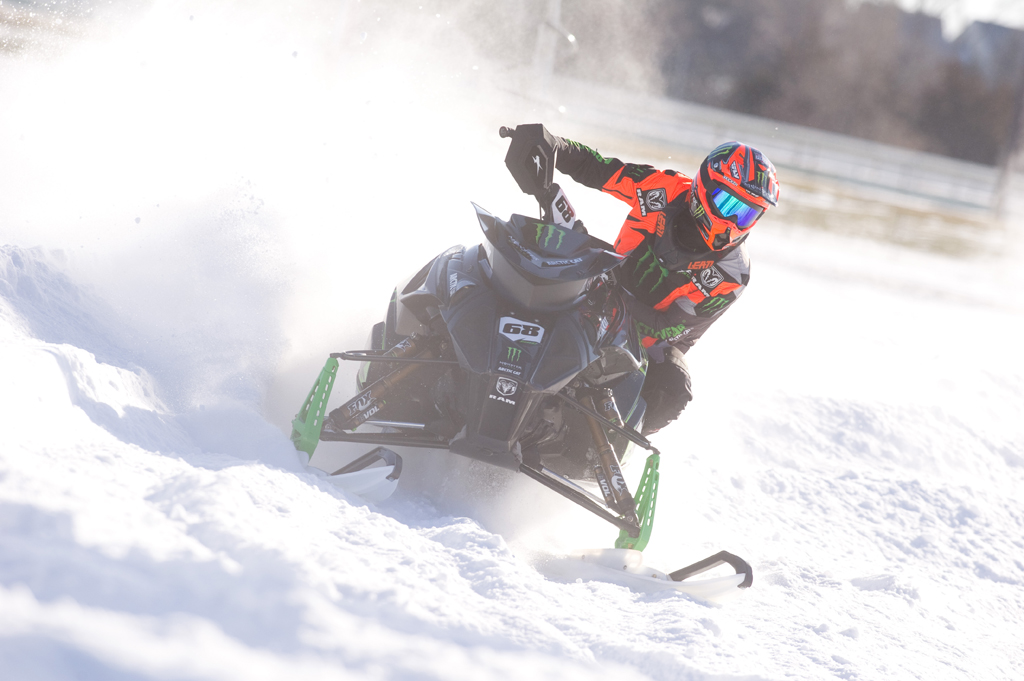 Next up for Hibbert is the fourth stop of ISOC National Snocross tour in Deadwood, SD January 20-21. The following Thursday, he’ll compete for his 10th consecutive gold medal at X Games Aspen. On his results at Canterbury Park:

“Getting the win on Sunday was awesome, for sure. We (the team) had a difficult weekend. My results were not great, to say the least. We struggled all weekend to do what we needed to do. Getting the win was a good way to end the weekend and gets us headed in the right direction for the rest of the season.”

On his upcoming races:

“I have mixed feelings about the Deadwood race. I’m not a huge fan of the small track but have had a lot of great races there. I’m looking forward to a good race weekend where I can ride well and make up some points.”

“I love racing at X Games. I’m really excited about the event this year and the opportunity to race for the 10-peat. We’re working super hard and will be ready to put up our best effort.”